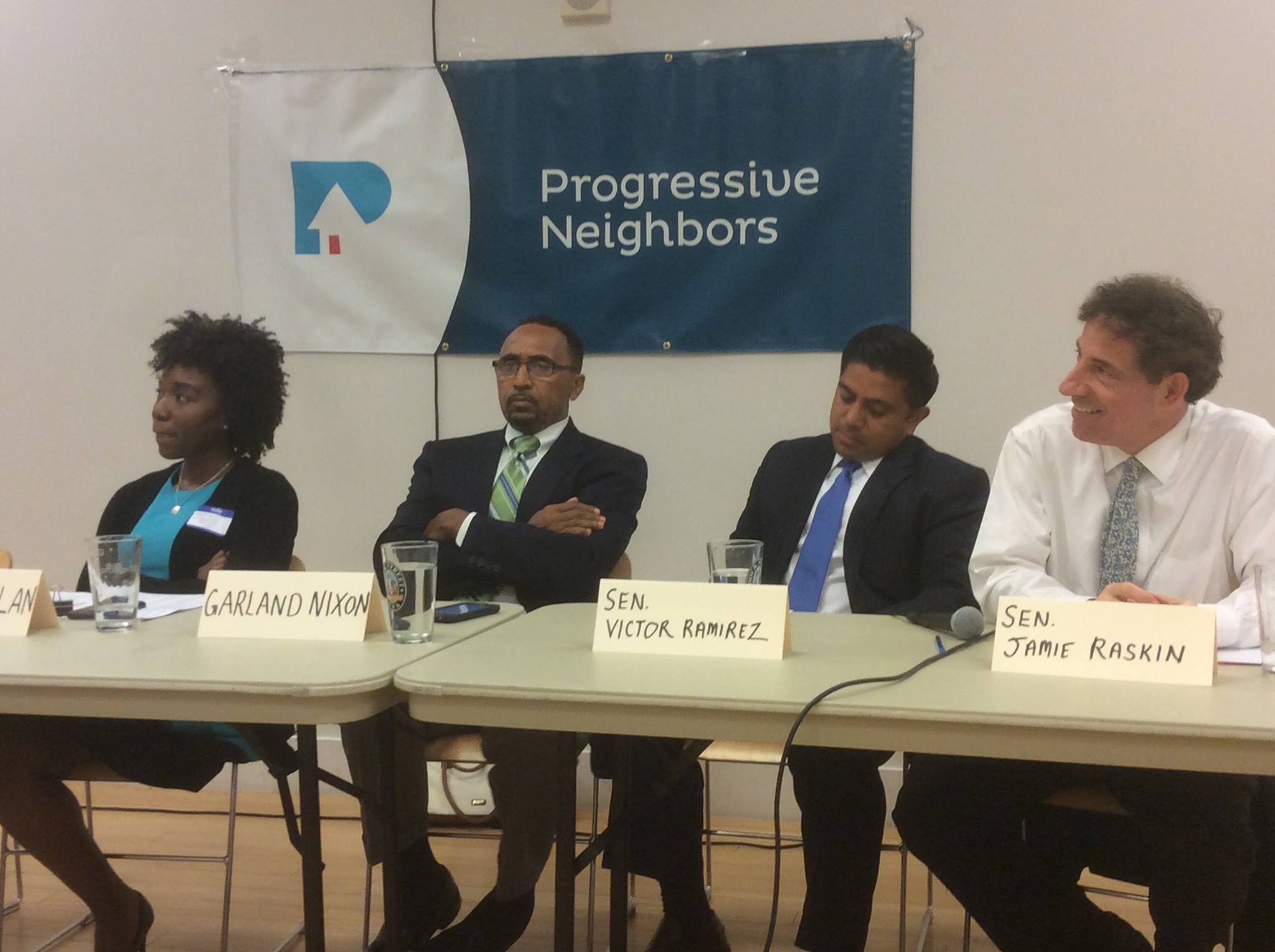 “Progressive Neighbors continues to be the Gold Standard for progressive candidacies, campaigning and organizing in our community.”

This year we have focused on the County Council races and school board races as there is a historic opportunity with three Council members being term limited and two new open seats created as well as an opening on the school board.

We sent out questionnaires to the Council and school board candidates, attended forums, and met with many candidates.

There are a number of great candidates running in several of the races so distinguishing between them was often difficult.

We had many thoughtful and difficult discussions on our steering committee and in some cases we were split between two candidates, but eventually we reached consensus on almost every race.

We declined to make endorsements in a few races where we either did not send out questionnaires, a candidate was running unopposed or we received too few completed questionnaires.

We also decided to weigh in on several other races where we didn’t send out questionnaires. In those cases, we relied on questionnaires from other groups, attending forums, and the judgements of steering committee members, several of whom had strong opinions in favor or against various candidates.

In many of these other races we endorsed candidates whom we have supported in the past (see our previous endorsements on our website).

We hope that our deliberations are helpful in choosing candidates who will move the county forward towards becoming a fairer, more equitable place to live.

We look forward to working with you and to your feedback.

Processing…
Success! You're on the list.
Whoops! There was an error and we couldn't process your subscription. Please reload the page and try again.